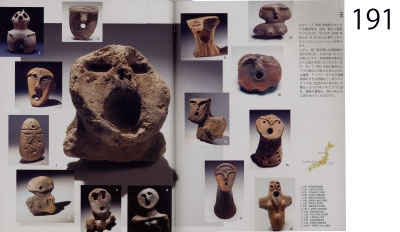 There is a simulation analysis of the population during the Jomon period, which lasted for ten thousand three hundred years, that indicates that a population of several million at the beginning increased to more than twenty million people by the middle of the Jomon period about five thousands years ago.

However, in the latter half of the Jomon period population size decreased, evident by the decrease in the number of archaeological sites. It is thought that global cooling caused the population decrease.

The Jomon people lived under the powerful forces of nature impossible to defy, such as the volcanic eruption of the Kikai caldera 7300 years ago and drastic changes in food resources of acorns and salmon. These archaeological sites and artifacts speak to us today the prayers of these Jomon people.